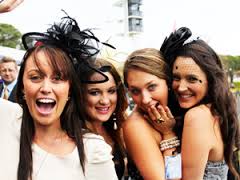 SydneySydney is the most populated city in Australia and is home to the world’s largest natural harbour. There are many places to visit in Sydney such as the Sydney Opera house, Sydney Harbour Bridge, The rocks, Taronga zoo, Bondi beach, St Mary’s Cathedral and many more. There are many sights and museums to visit and enjoy.

Great Barrier ReefThe Great Barrier Reef is located in Queensland, Australia and is the world’s largest coral reef system. The Reef can be seen from outer space and houses a large collection of fish, turtles and corals. There are known to be 1500 to 2000 species of fish species living on the reef. It is one of the most popular tourist destinations and named as one of the seven natural wonders of the world. In recent years climate change and pollution have resulted in coral bleaching and destruction of the reef. The Great Barrier Reef committee has undertaken many steps to limit coral bleaching and destruction.

Alice SpringsAlice Springs is a dry region containing a desserts and remote aboriginal communities. The town has a population of 28,000. Alice Springs is known for its kangaroo sanctuary, The Larapinta trail, Alice Springs desert Park, Uluru/Ayers rock, the Olgas and many other tourist spots.

MelbourneMelbourne is the second most populated city in Australia. It is rated as the most livable city in the world and many tourists attractions such as Melbourne city circle tram, Queen Victoria market, Flinders Street station, Ocean road and Puffing Billy.Melbourne is also home to many carnivals the most recent being the Melbourne spring racing carnival 2016, visit this site. This carnival is known for the Melbourne cup, Caulfield cup and WS Cox plate. These are horse racing events. The Melbourne cup in particular is very popular among gamblers, racehorse syndicates and socialites. Tourists are welcome as it is an international event. Be aware that the event is held on the first Tuesday on November and tickets may need to be booked earlier.

CairnsCairns is a popular tourist destination because of its close proximity to the Great Barrier Reef. Cairns has its own scenic and entertaining locations as well. These locations include the Daintree forest, Fitzroy Island, Barron George National Park, Palm Cove, Cairns tropical zoo and many more. Some other places of interest with many sightseeing’s and attractions are Brisbane, Perth, Hobart, Darwin and Adelaide. Australia being a large and scenic holds many national treasures and you will not run out of things to do and places to see in Australia.

Constructions built using steel are said to be the most durable steel beams. Is this a true claim or is mainly marketing? We are going to have a look at construction grade steel attributes and the ways these make it one of the best materials for resistant structures. Standard compliant steel stands the test of timeThere were cases when steel structures failed. However, investigations and tests showed that the structures were not exactly compliant with the industry standards.

When these standards are respected, a steel based building resists and lasts very well. This was also shown by the field exposure test. In a high demand configuration, steel is expected to last when all other materials have failed. Spending in galvanized steel is worthy. With galvanised steel prices becoming affordable, builders and construction owners can make the best use of the product for galvanised steel prices too.Resistance to corrosion, fire and moistureSteel is treated and coated so that it cannot be affected by factors, like heat, moisture or chemical substances. It is one of the most resilient, enduring materials.

It is now known that steel beams cannot be melted by jet fuel like it was claimed in the 9/11 case in the USA. When other materials are corroded and thus become compromised and weak, treated steel remains intact and keeps on serving as intended. The zinc coating of galvanized steel merges with it and ensures a protective layer that never fails. High performance coating is proven to last in marine atmosphere and other high risk environments. Pest-proof solutionSteel frames are inorganic. Not only that, but they’re also mold resistant. Steel cannot be damaged by highly destructive pests, such as termites.

It cannot provide pests with food, nor can it be used as shelter. Since there is no corrosion, there is no place for insects to hide, nest and breed. The structure integrity is not compromised. For this reason, a variety named cold-formed steel is often employed in residential building structures. This aspect also has a huge impact on building maintenance costs. Damage like that which is caused by termites isn’t covered by insurers. When it’s avoided, residents also avoid paying a hefty price. Steel stabilitySteel is very stable in constructions.

Wood, for example, is subject to changes dictated by temperature and moisture levels. It can either shrink or expand, or even crack. This never happens to steel, which maintains its form even in the roughest of circumstances. Energy efficiency through steelWith steel being stable, it’s easy to install and maintain ventilation, insulation and heating solutions. Steel framing allows building in modern, highly effective systems that remain unaltered. Maintenance comes easily and the building becomes energy efficient. The performance remains consistent over time, which helps avoid a lot of expenses. 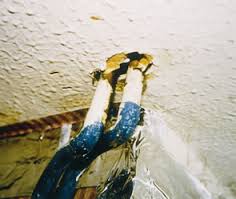 Environment we live in plays a vital role in our life. Due to technological innovations and advances there are waste and items released to the nature which generates high risk health conditions. Most environmentalists have experimented to avoid such waste and such pollution to take place in order to make it a better place for us and our children in the future. Many are joining hands in going eco friendly, the key to solve and minimize pollution. Eco friendly in other wards mean that it is earth friendly and that it has no harm to humans as well as the nature we live with.

Concentrating on the items which are not eco friendly we cannot disregard the high percentages of non safe roof material, tile material cement material used in building up domestic houses and industrial buildings. During the olden times high percentage of the roofing’ have been used in many countries. One such country is Australia. In 2003 Australia put out a ban on such roofing material. Since then newly coming up buildings are with constructed using eco friendly material and not the banned materials. High percentages of old domestic houses equipped with this type of roofing are promoted by the government to seriously consider asbestos fence removal https://www.savanaenvironmental.com.au/services/.

The ecological impact is high in terms of the minerals used to for these types of roofing. Highly harmful chemicals such as Chrysolite, amosite, tremolite, crocidolite are very harmful when small parts not visible to our naked eye is released by contaminating, water and the air we breathe. This could be very risky. Since high percentage of domestic household are equipped with these types of roofing it is important to look for professionals to take off these roofs when you decide to do so.

The government of Australia has issued licenses to service providers who are experienced in these types of tasks. In fact they have categorized the service suppliers based on skill and compliance. When decided choose a,” A grade” license holder who has no restriction of removing as well as who have the expertise. It is quite stressful and a burden when it comes to the practicality of the task, this is the exact reason you should hire confident skilled professional service providers who complete the task with their fullest attention. You could rely on them, without any doubt about the quality of work and the safety of your members. To be prepared you could check out on the various cost effective packages they offer you to be at ease with regards to your wallet.